2 Ways Adding More Automation Can Save You Big Bucks

Adding a feature that automatically attaches film to a load at the beginning of the cycle and cuts it at the end means an operator can start the wrap cycle without getting off the forklift. Keeping your driver on a forklift reduces the labor required per load by an average of two minutes. Costing about $4,000, this features pays for itself in about one year for someone wrapping as few as 30 loads per day. The chart below shows the potential labor savings over the machine’s seven year economic life. 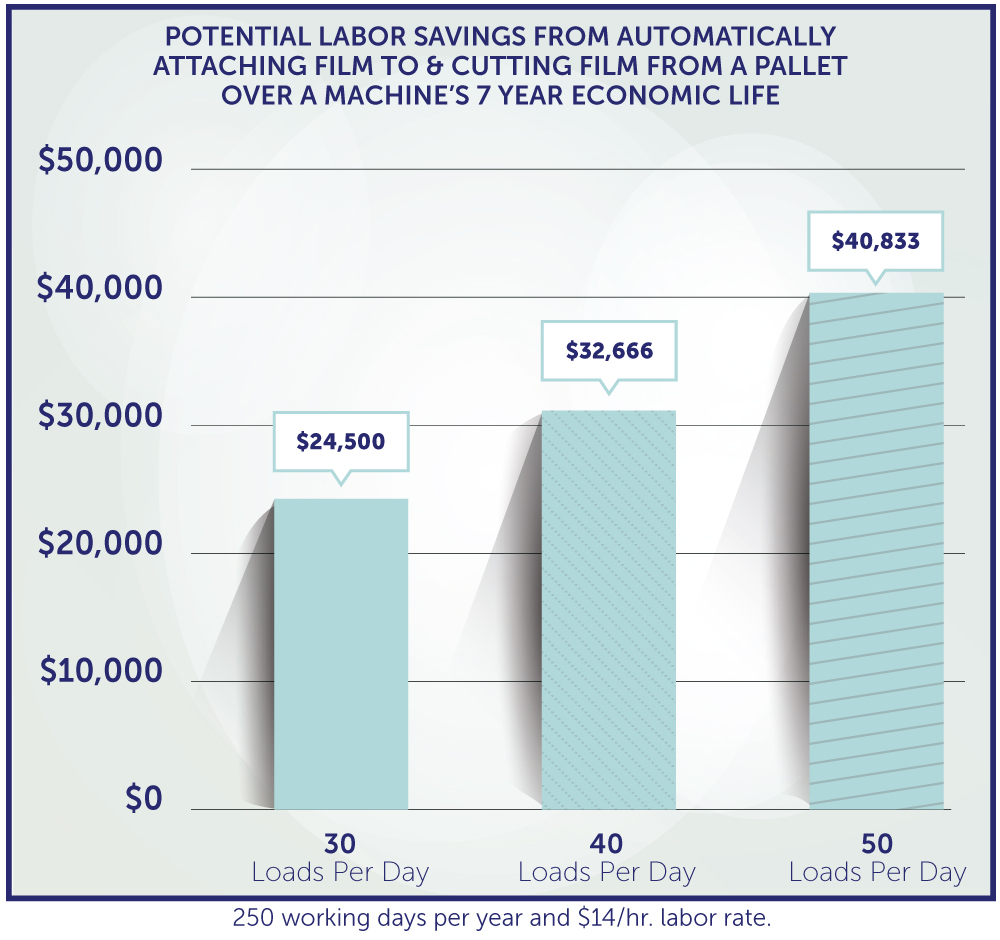 Pre-stretch rollers elongate the film inside the delivery system before the film is applied to the load. You can stretch film all the way up to 300 percent which turns a 5,000 ft. roll into 20,000 ft. The chart below shows the savings that could stack up from stretching the film by just 200 percent, a commonly used pre-stretch percentage. 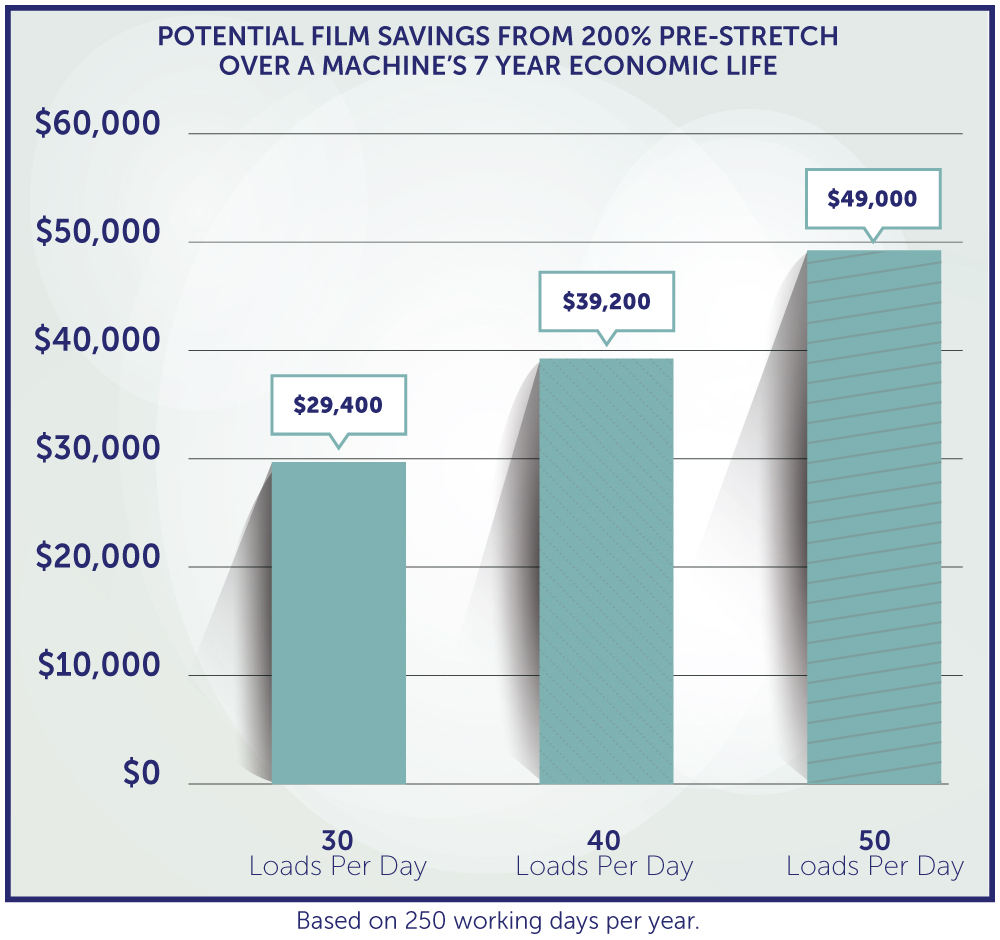 Stretch wrapping machines not only help you wrap better but, they also help you keep money from flowing out of your operation. A small investment can turn into big savings for years to come. 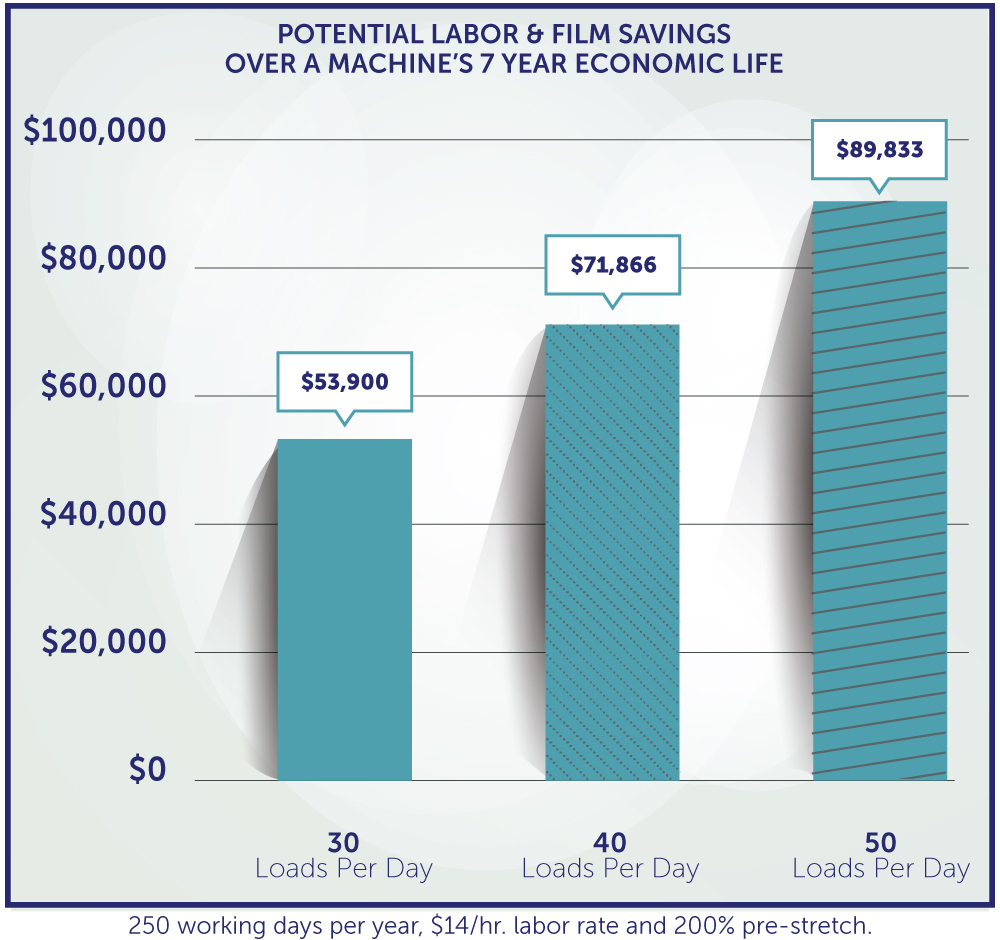 The chart above shows the combined savings over seven years. Just wrapping 30 loads per day, a machine that costs $14,000 has the potential to save you almost $53,900. Now, that’s a smart investment.

If you’re looking for other ways to improve you stretch wrapping process, check out our free eBook.

Learn how you can save big bucks by introducing automation to stretch wrapping.

Previous Post: « The Smart Way to Get The Most Value From Your Stretch Film
Next Post: How to Avoid the No. 1 Problem in Stretch Wrapping »