A Plant Manager’s Guide to Stretch Wrap Equipment and Savings

A Plant Manager’s Guide to Stretch Wrap Equipment and Savings

When searching for the perfect stretch wrapper, you’re likely faced with an overwhelming amount of machine choices. For a lot of people, it’s important to buy a high-quality machine. High quality means the machine is safe, easy-to-use and requires minimal maintenance. But people shouldn’t forget about getting the most value out of a machine and the features that make it efficient. 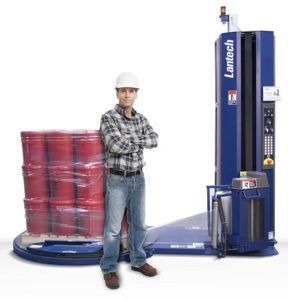 We’ve narrowed down the features of a stretch wrapper that will make the biggest economical difference in your loading dock, whether you’re wrapping 50 loads or 500 loads a day. Many features can save money over the long run and even, in many cases, pay for the entire machine in less than a couple of years.

Here are some ideas to help you visualize which features actually add efficiency.

Even though some features may bump up the price of a stretch wrapper, you’ll barely notice the price difference over the long run. Spreading the cost of productivity improving features over thousands of loads during its economic life, yields a low cost per load wrapped. If you invest $2,000 in productivity improvements, it will cost you less than 2 cents per load over the course of 10 years.

It’s simple. Invest up front in a machine with features that have a lot of bang for their buck.

For more information on how stretch wrappers can save you money, go to lantech.com.

When searching for the perfect stretch wrapper, you’re likely faced with an overwhelming amount of machine choices.