Since the invention of stretch wrapping there have been lots of improvements in the technology and techniques that helpshippers send their loads from their facility to their customer’s damage free and at the lowest cost.

But, stretch wrapping is not without problems and the No.1 problem is film breaks. On automatic, high speed stretch wrappers, film breaks about 3 – 7 times per roll on the average. 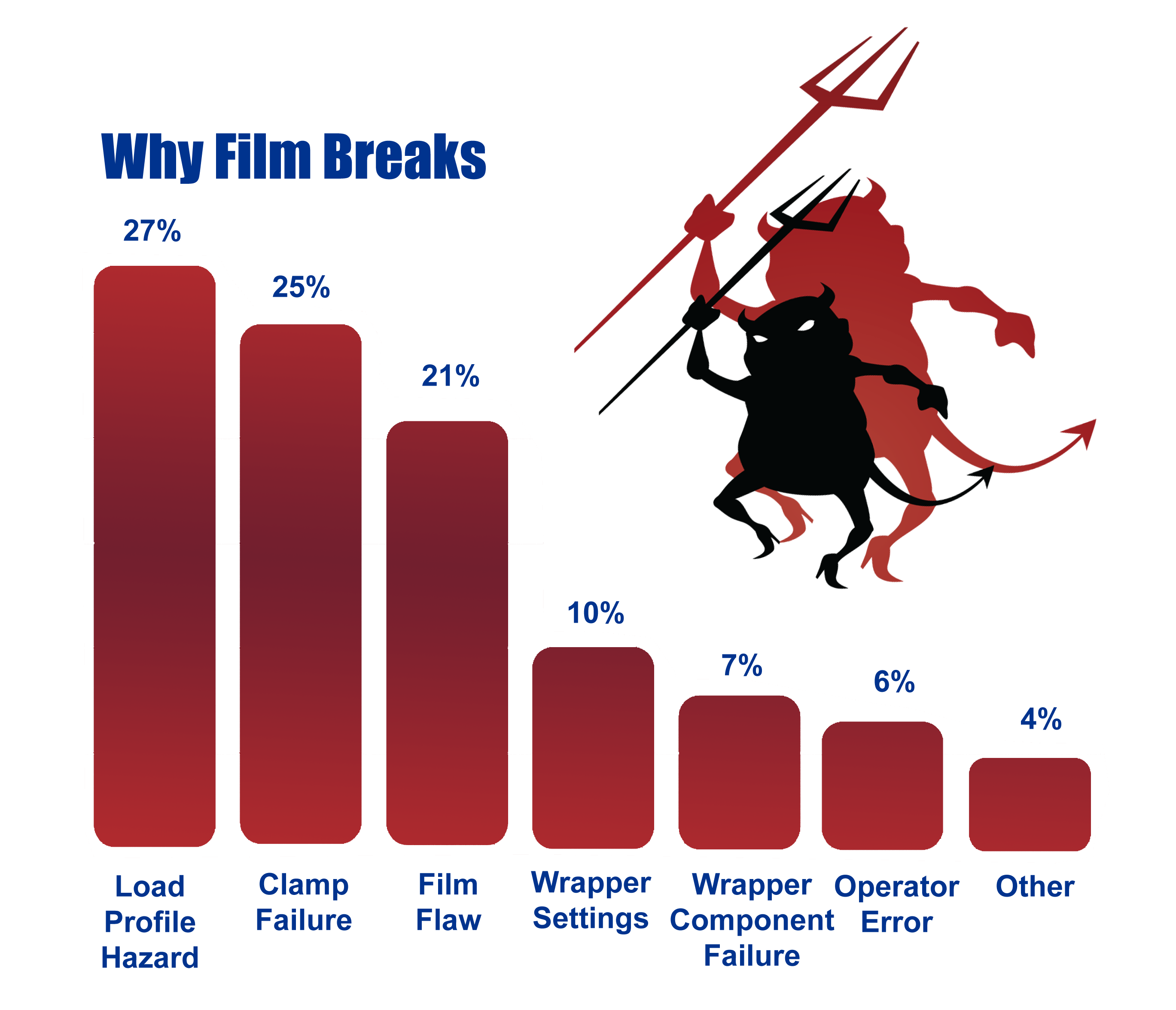 There are at least seven reasons why film breaks, see for yourself in this chart. Unfortunately, figuring out why that last film break happened isn’t easy.

Although turning down the wrap force solved the immediate problem, that simple change can set off a chain of destructive consequences.

If not counteracted by adding more layers of film, the reduction in containment force (the squeezing pressure that holds the load together) caused by the lower wrap force could lead to loads falling apart during transit, causing damage to products and business relationships.

If you’re not sure or don’t know how much containment force your loads should have, check our simple guidelines.

Previous Post: « 3 Ways to Avoid Stretch Wrapping’s Circle of Doom
Next Post: 4 Things You Need To Know About Overweight Trucks »