Home Product Damage Are You Really Getting A Load to Pallet Bond?

People buy stretch wrappers for a specific reason – to wrap loads for shipment. When they set up the machine, they 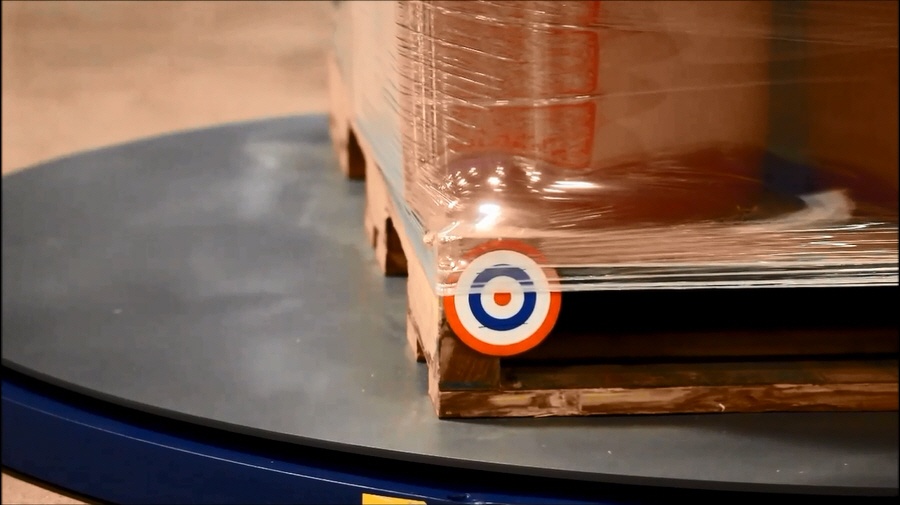 program the top and bottom wrap counts, the wrap force, and the speed of the turntable and film delivery system. Then they trust the machine has everything it needs to create a load that is wrapped well enough to make it to its destination without damage.

One of the most important elements of an effectively wrapped load is that it’s securely bonded to the pallet. If it’s not, it could slide off during shipment and get damaged.

Most stretch wrappers don’t come equipped to deal with this issue. Most people don’t give it much thought either. They just wrap to the bottom of the pallet as the machine encourages them to do. But, when a forklift or pallet jack picks up the load, the forks puncture the film. These puncture holes could spread up the load, jeopardizing the holding force the film exerts on the load.

More progressive stretch wrappers avoid this problem by creating a cable with the bottom few inches of the film web. At the end of the wrap cycle, the film is automatically rolled into a tight cable and driven down just below the top deck boards of the pallet. The cable is tight enough to lock the load to the pallet and is high enough to clear the forks as they pick up the load.

Don’t automatically trust that your stretch wrapper will effectively wrap your loads. It could get you in trouble. Learn more about effective stretch wrapping at Lantech.com

Most stretch wrappers don’t create a load to pallet bond and without it your risking damage. Here’s what you need to lock your load to the pallet.

Previous Post: « A Plant Manager’s Guide to Stretch Wrap Equipment and Savings
Next Post: Your Stretch Wrapping Is Causing More Damage Than You Think! »