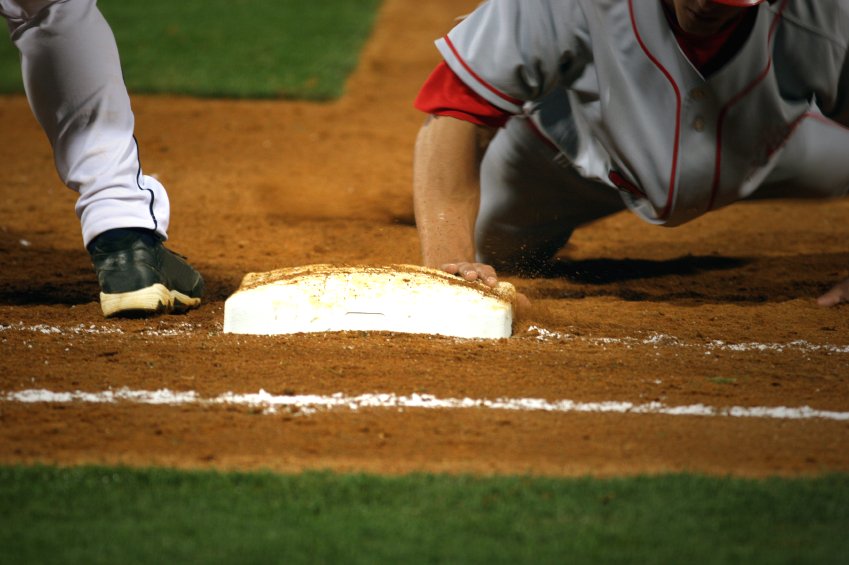 We’re baseball fans here in Louisville. Not only do we have our own Triple-A ball club, the Louisville Bats, we’re an hour away from the Bats’ home team, the Cincinnati Reds. So we get a lot of baseball here in the city.

Baseball is a game of decades-long tradition and memories. In fact, the Reds were Major League Baseball’s first team, tracing their roots all the way back to 1881, making it the oldest ball club in the league.

Baseball has a long and storied history of “we’ve always done it this way,” and “we’ve never tried that before.” This year, Major League Baseball has instituted the instant replay review, similar to the National Football League’s, causing quite the uproar among baseball purists who insist that human error — and the chance to shout about it for months and years afterward — are part of the game.

Other parties insisted that we should take advantage of the new technology and introduce a system that brings the game closer to truth and accuracy. There were several attempts over the years to introduce instant replay, but the traditionalists had continued to block its acceptance, saying it had never been tried before, and we had always played the game without it.

This kind of thinking goes on in the business world all the time. We especially see it when a new company tries to implement a Lean manufacturing system.

“We’ve never done that before!” people say, upset at the proposed new changes. “We’ve always done it this way, and it’s worked just fine!” In some cases, management opposes the new change, in others, it’s the workers.

What we’re finding is that when companies are able to implement a Lean system, some amazing things happen: costs, waste, and inefficiency decrease, while profits and even sales increase. Companies begin seeing their true results and understand what they’re really capable of.

Let’s be realistic, though. Implementing Lean is a struggle. But that’s part of the journey. The gains from the improvements are worth the hard work. It’s not called continuous improvement for nothing. People may resist Lean until they experience it firsthand. People don’t like change and the extra work it may require, especially if that change doesn’t help them. Adapting to different ways of thinking takes time and patience. When you connect a new process to a better work environment or better success, a new principle is likely to stick.

Just like Lean, instant replay is winning some people over. When they see that bad calls can be reversed and injustices can be righted, they’re warming up to its use, rather than loudly opposed to it. Just like the NFL now relies on instant replay, we think MLB will eventually accept it as well.

Similarly, once people see the benefits of adopting a Lean manufacturing system — that their jobs can be meaningful and have more value, and they can work more efficiently and safely — they come to accept it as well, even embracing the new way of doing things.

Tradition and standard practices have their place in work and in sports. But there also needs to be room for improvement and growth. Companies need to keep up with the new changes in management philosophy and manufacturing technology, just like baseball teams and their managers.

Looking for other ways to improve? Learn 5 action steps that every shipping manager and plant manager should know to make loading docks run faster and safer. Download your FREE copy of The Lean Loading Dock.

Click here to read related blog: 3 Lean Ideas Every Office Worker Can Use

What we’re finding is that when companies are able to implement a Lean system, some amazing things happen: costs, waste, and inefficiency decrease

Previous Post: « Are Your Loads Stretch Wrapped Effectively?
Next Post: Behind the Scenes of the Greatest Horse Race – The Kentucky Derby »