Is There a Problem?

There seems to be a widely held belief that the ASTM has endorsed a particular method and particular tool to measure the containment force of stretch wrapped pallet loads. Believers often cite ASTM D4649 Standard Guide for Selection and Use of Stretch Wrap Films as the authority for this contention, particularly its Annex A1. 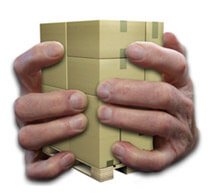 Annex 1A shows examples of tools that can be used to determine film force (equivalent to containment force) using the pull plate method and wrap-in scale method.

The fact is that the ASTM has NOT published any recommendation, approval, or method standard for these tools or, for that matter, any other containment force tools.

Additionally, the Guide specifically states “The test methods in Annex A1 are not ASTM standards. . .” (Par 12.1).

In case you’re wondering, ASTM is the acronym for the American Society for Testing and Materials International. Its business is the development and delivery of voluntary consensus standards. But in and of themselves, ASTM standards are not mandatory and don’t carry the force of government regulations or laws.

So Why Should You Care?

And therein lies the crux of the problem.

They vary widely in ease of use, consistency, and accuracy. Lantech has extensive experience with all four. We recommend that the first three be used in lab environments where there’s assurance that highly skilled technicians can use them on a precisely flat sided (box) load and where containment force on the middle and bottom of the load may not be important.

The dual fingered type tool (Lantech’s CFT-5) was designed as a plant tool to be used in the field to measure the containment force on actual loads and does not depend on a flat load side or highly skilled and motivated operators for its accuracy. This tool is easy to use, fast, accurate, and consistent. It works equally well at the top, middle, and bottom of the load and is nondestructive (no re-wrapping of the load required after measurements are taken).

So, how much containment force should a load have? Here are some rules of thumb that are useful for doing quick checks. These rules are based on a large sampling of actual field audits as opposed to theoretical simulation testing.

Normal containment force should be relatively even from the top to the bottom of the load unless there is a clear reason for a difference. For Example, crushable display cartons may require a lower containment force on the top layer of product.

A Warning About Containment Force

Containment force should be considered along with the other two specification elements of an effectively wrapped load. These other elements are the bond of the load to the pallet and no dragging film tails.

Lantech has recently joined the ASTM Task Committee responsible for revising ASTM D4649 Guide. We have recommended that all four generic tool types be listed in Annex 1A. We’re confident that the ASTM guide will be modified at some point in the near future clarifying the ASTM status of all of these tools.

Until then, use good judgment. Understand the limitations of whatever containment force tool you use and, above all, do your best to operate it consistently.

Click here to see how to use a CFT-5 Containment Force Tool.

Here is a video showing the use of our recommended containment force tool.

You may be interested in these posts on containment force:

The ASTM has NOT endorsed a particular method and particular tool to measure the containment force of stretch wrapped pallet loads.

Previous Post: « Are You Focused on Delivery Damage?
Next Post: The Product and Pallet Damage You Can’t See »