Use The Force: Containment Force Is The Key to Safe Pallet Loads

Use the Force: Containment Force Is the Key to Safe Pallet Loads 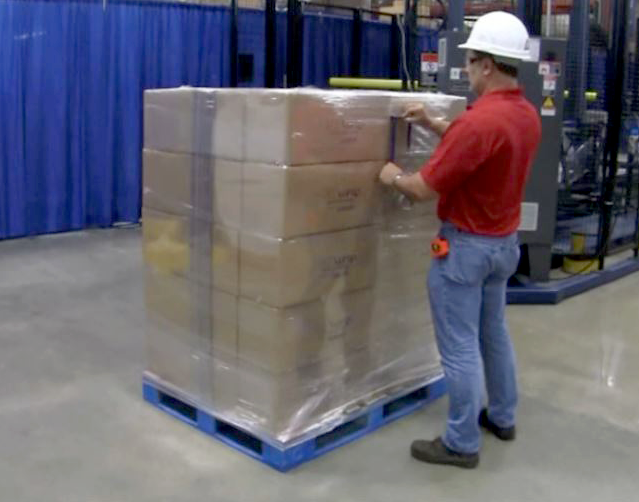 Here’s how to attain – and maintain – the right containment force for your loads.

A 120-case pallet of maple syrup arrives at the dock of a big box retailer. The trailer’s rear doors open and out tumbles the load. Boxes cascade off the pallet, leaking crushed glass and syrup. The receiving supervisor slams the doors and sends the driver off. A sticky – and costly – situation.

No matter what you’re shipping, loads must be wrapped right, and that means achieving the right amount of containment force.

The forces at work in wrapping a load are simple but critical to understand. Wrap force is how tightly each layer of film is being wrapped around the load. Containment force is the total squeezing pressure of all the layers of film. In other words, the wrap force multiplies as you add layers.

To get your optimal wrap pattern- the right amount of containment force with the least amount of film- there are lots of choices available in the stretch wrapper’s settings. You can dial in wrap force, film layers and film delivery system speed. You can also choose different types of stretch film, gauges and pre-stretch levels. But the interactions between all these variables aren’t always obvious and if you change one you might have to make adjustments to another.

Does Your Load Measure Up?

Conduct some simple tests. After you’ve selected your film and wrap settings and wrapped the load, measure the containment force to see where you are. Make adjustments to your settings until you reach your containment force objective.

Do this with a containment force tool, a device designed specifically for that purpose. While there are many such tools, don’t compare containment force readings from one type of tool to another. They tend to vary in accuracy and measurement values. Choose one that gives consistent results, is easy to use, and doesn’t damage the stretch film resulting in having to rewrap the load. You can see the use of one such tool here.

Proper use of containment force tools involves learning a few simple tips and tricks. Understanding where on the load to take measurements, how to hold the tool properly, and how to insert the tool is extremely important.

Consistency is essential in all phases of the stretch wrapping process. That means attaining consistent containment force everywhere on the load and on every load. Make sure to measure at the top, middle and bottom of the load and measure at least one load per shift.

Once you’ve learned how to achieve, and how to measure containment force, the results will be consistent with your efforts. You’ll enjoy consistently safe loads and, above all, consistently happy customers.

Reduce the risk of damage by measuring the amount of containment force on your stretch wrapped pallet loads.

Previous Post: « How Much Maintenance Does a Semi-automatic Pallet Wrapper Require?
Next Post: Five Ways The Right Stretch Wrapper Can Drive Costs Down »