Five Ways The Right Stretch Wrapper Can Drive Costs Down 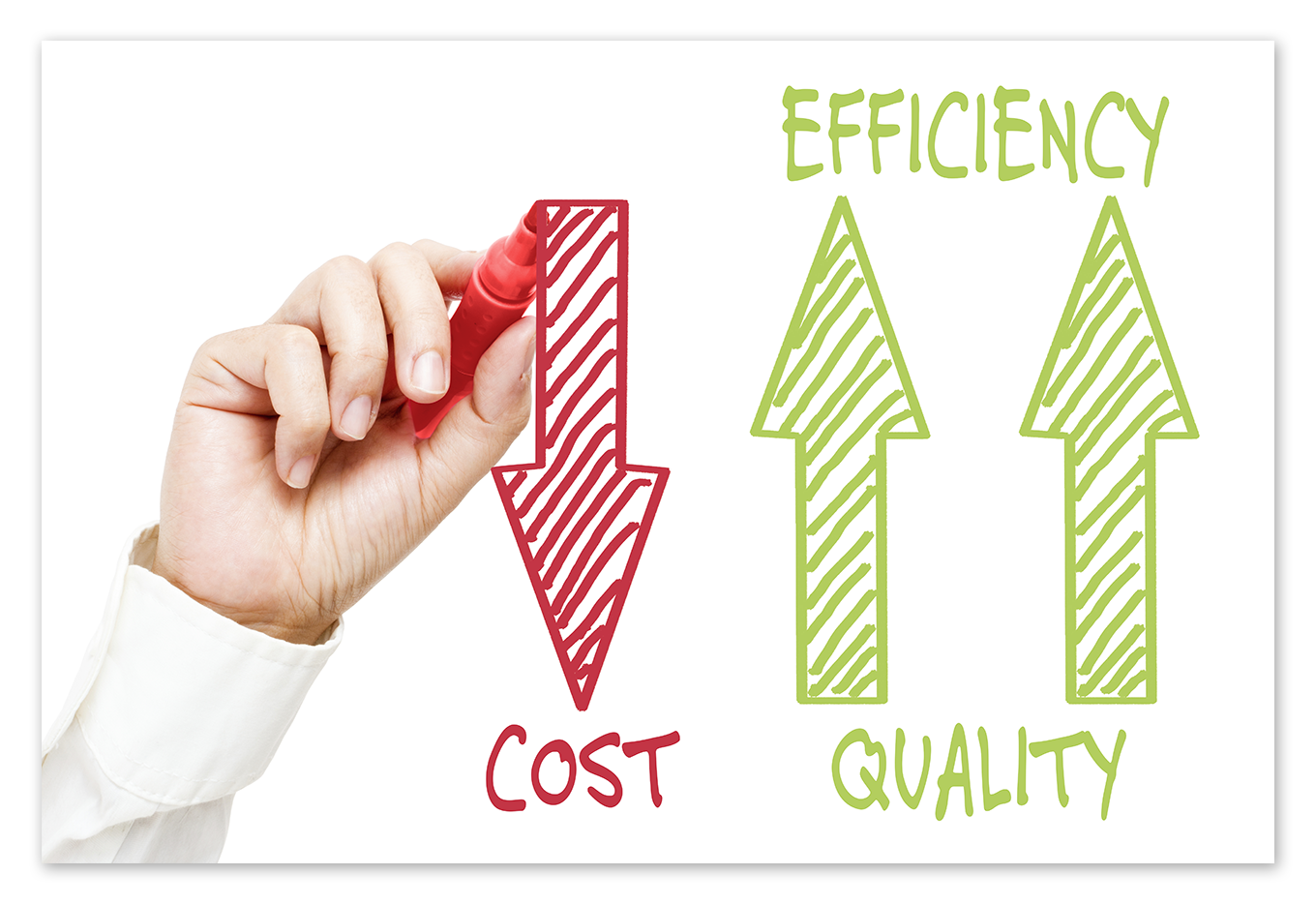 machines can contain costs as well.

Today’s stretch wrap machines come with both standard and optional features that provide substantial savings in a number of ways. Here are five of the most significant:

While little to no pre-stretch occurs when film is applied to the load by hand, pre-stretch film delivery systems come standard on most semi-automatic stretch wrappers. Two rollers in the system turn at different speeds and cause the film to stretch.  The savings come from increasing the yield of each roll of film, and it’s a fairly simple equation. The 6,000 foot roll becomes 12,000 feet at 100 percent pre-stretch, 18,000 feet at 200 percent and so on. The result is that you buy less film.  If you go from 10 percent pre-stretch to 200 percent and wrap 50 loads a day, this feature can save $25,000 or more over five years.

Containing labor costs is all about saving time – about automating simple, repetitive tasks wherever possible. Today’s semi-automatic pallet wrappers can include time-saving features that free your people up for more productive work and save you money.

For example, a machine that automatically cuts the film at the end of the wrap cycle saves about 30 seconds on each load, by keeping your employee on the forklift. Over five years, wrapping 50 loads a day, that single feature can save you about $7,000 based on a labor cost of $14 per hour.  If the machine also attaches the film, you can save a full two minutes per load, and more than $29,000 over the same five years. Machines with scales built into the frame of the turntable allow you to wrap and weigh at the same time, and eliminate double-handling. That saves another 30 seconds to a minute and a half for each load…and an additional $7,000 to $21,000 in labor costs over five years.

Doing all you can to keep your employees safe is not only the right thing to do, it’s the smart thing. Work-related injuries are costly in many ways. Just switching from hand-wrapping to a semi-automatic will lessen the physical stress on employees, and the better machines are designed with safety features to reduce the risks even further, such as:

Whether you rent space or own it, every square foot has a dollar value. If it’s not put to productive use, you’re losing money. Pallet wrappers with an integrated scale have a single, footprint, as opposed to a separate stretch wrapper and freestanding platform scale. Eliminating the freestanding scale makes that space available for other uses – even creating the possibility for doubling the production in the same space by adding a second stretch wrapper with integrated scale.

Preventing damage in transit has been one of the core goals of stretch wrapping from the beginning…getting product safely from your facility to your customer. When that goal is accomplished, you save money. The simple truth is that loads that ship with the right amount of containment force, are locked to the pallet with a film cable, and have no long or dragging film tails have the highest probability of arriving safely at their destinations. Developing standards for your loads and ensuring that they’re actually used can reduce in-transit damage by 25 percent or more.

When you look at the numbers, improving your stretch wrapping process with new technology proves to be a smart investment.

Previous Post: « Use The Force: Containment Force Is The Key to Safe Pallet Loads
Next Post: Preparation – An Important Concept in Life and Stretch Wrapping »