While the fundamentals of wrapping a load are nearly universal, selecting the right wrapper for your specific requirements involves many variables.

Wrapping is simple…but, its complicated.

While the fundamentals of wrapping a load are nearly universal, selecting the right wrapper for your specific requirements involves many variables.

The purpose of a stretch wrapper is simple – unitizing a load to prepare it for shipment. At its simplest, a stretch wrapper applies stretch film to a pallet load of product. Some machines rotate the load on a turntable while others have an arm that rotates around the load. But getting the right amount of film with the right amount of tension, what we call containment force, everywhere on the load is more complicated than it often seems.

The outcome is critical, though – if you don’t get the right amount of containment force everywhere on the load, the time and expense of wrapping could be wasted. Loads that are ineffectively stretch wrapped have unnecessary risks of falling apart during shipment. So we encourage companies to find the right machine for their application. And there are lots of choices!

These use a wrap arm to rotate film around a stationary pallet. 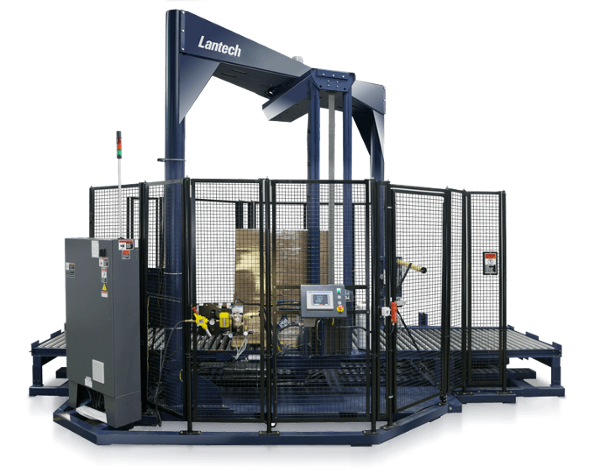 These rotate the pallet while the film moves up and down the mast. 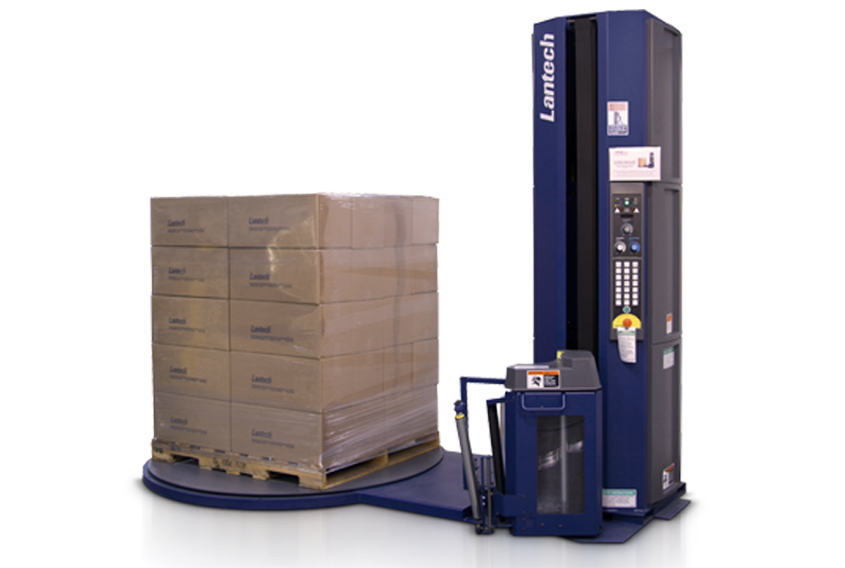 Finding the Right Wrapper Doesn’t Need to be Difficult

In fact, sometimes there are several appropriate solutions. But selecting at random, even just getting “another one like the last one”,
skips some steps that we know from experience are important.

Some things to consider:

For instance, our XT series of wrappers are “semi-automatic” according to industry terminology, but allow a driver to simply drop a pallet and remotely hit a start-button; the machine takes it from there. Whereas, operations with warehouse management systems (like inline check weighing, automated labeling and load tracking functionality) require the process controls of an automated line – even if they’re only wrapping a relatively small number of loads per day. And even “50 loads/day” means different things to different companies. Two loads of high value product every hour from a three-shift operation has very different production implications than the frantic presentation of 50 picked loads during 30 minutes of chaotic shipping at a distribution center.

For the person hand-wrapping a pallet, the dream of an “automatic” process simply means some kind of machine. For the carbonated soft drink bottler, 50 pallets/hour is so slow it grinds production to a halt.

So we break down stretch wrapper output into three general categories by loads per day:

40 – 100 loads per day – in this range, there’s often more than one right answer. The choice often comes down to a company’s growth and automation plans, and the philosophy on workplace environment.

Greater than 100 loads per day – our highest speed wrappers include optimized versions of our S Series automatic and our Ring Straddle.

Size of the Load

Length, width & height of your loads all impact what machine you need. Height is one of the most common considerations we see. Standard wrappers handle loads up to 80″ tall. But some stretch wrappers have options to wrap loads up to 140″ tall.

Turntables start at 65″ in diameter (which encompass standard 40″ x 48″ pallets within its perimeter – a huge safety factor) and go up to 96″ in diameter to handle larger loads.

Stability and Weight of the Load

If loads are really heavy, light, or unstable, it makes more sense to keep the load stationary and rotate the stretch film around it. These machines are called straddle wrappers. Most pallets, however, are wrapped on turntable machines which rotate the pallet while the film is applied. Turntable and straddle wrappers come in various sizes to accommodate different sizes of load perimeters.

If you have to load the machine with a pallet jack, then you could use a straddle type stretch wrapper that will keep the load on the floor, or add a ramp to a turntable machine.

Options to Take You Further

Once you’ve chosen the type of stretch wrapper, it’s time to consider various options to reduce the burden on your warehouse team. By cutting and clamping the film automatically, for instance, you can save them from having to get on and off their forklift and the bending and twisting it takes to attach and cut the film. Using these tools reduce wasted labor and opportunities for injury.

And if you weigh your loads, you can build a scale into the wrapper to save space and reduce extra time consuming steps.

There are many different stretch wrapper manufacturers. These include domestic or foreign, very small manufacturers or divisions of the F500 companies, family owned or publicly traded, and more!

Consider some key factors in evaluating them:

You don’t always buy directly from the stretch wrapper manufacturer. Lantech relies on local distribution partners to sell and support our stretch wrappers. Our experience is that the local relationship not only provides a connection to supply film and other related supplies, but also ensures rapid response and continuity of service when technical support requirements arise. Give us a call anytime to get connected to a distributor in your local area. 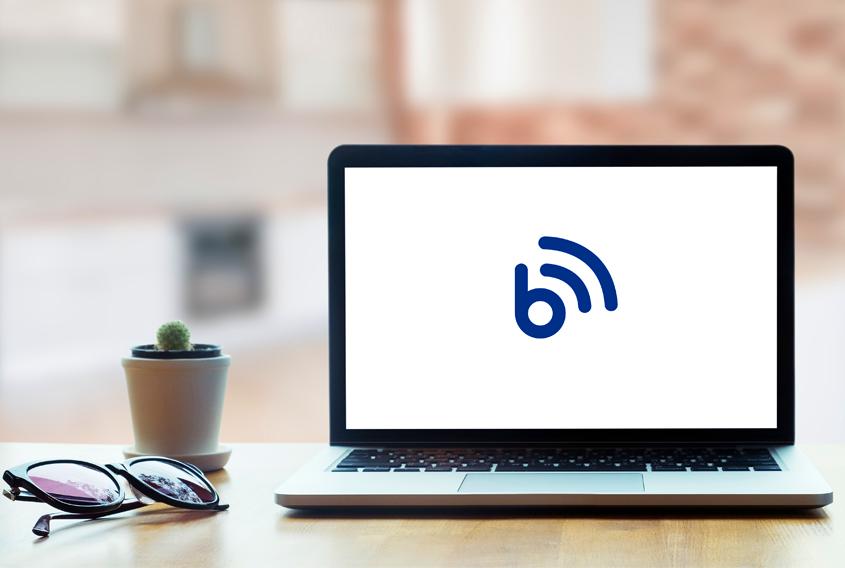 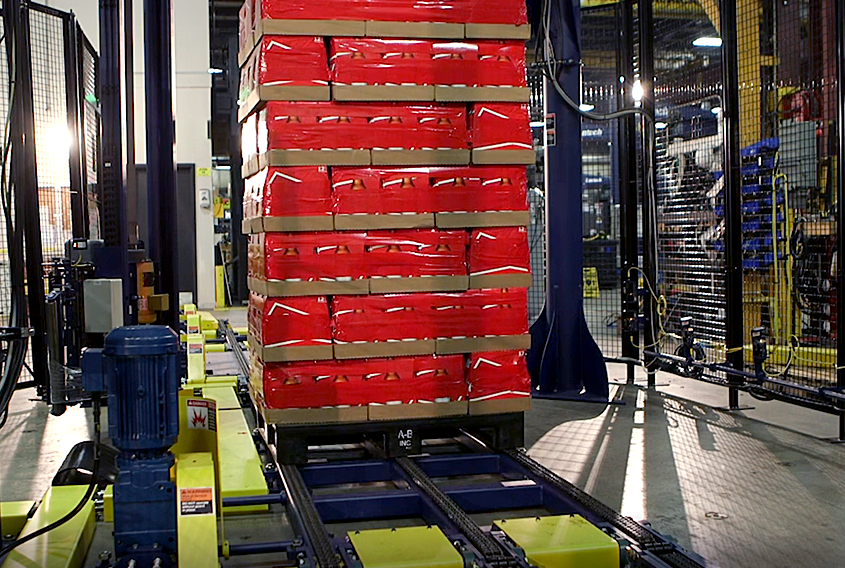 In high volume beer distribution centers, efficient loading and unloading and effective stretch wrapping is a must. See how our Low-profile Drag Chain Conveyor system can overcome challenges associated with plastic pallets and unstable, slick loads. 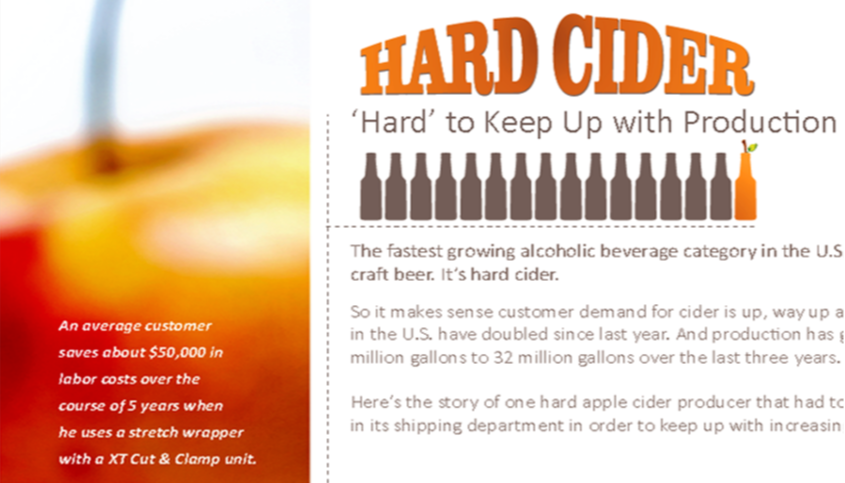 'Hard' to Keep Up - Case Study

Cider was once the fastest growing alcoholic beverage category. Producers were having a difficult time keeping up with demand and getting products out. This hard cider producer improved productivity and saved money with a semi-automatic stretch wrapper.