Lantech CEO Jim Lancaster’s book, The Work of Management: A Daily Path to Sustainable Improvement, is earning national attention for its detailed and honest account of Lantech’s shift to a lean management model. In June, Industry Week featured an article about the book, which chronicles how the company infused lean methodology into every facet of its operation. 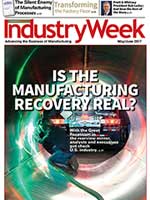 Lancaster reveals that it’s been a rewarding journey, but not an easy one. Lantech began introducing lean management principles in 1994, which led to improved delivery times, inventory reduction and the elimination of debt. Yet sustained profitability and productivity didn’t materialize as expected. “Every week, teams reported savings of time and money, but it all seemed to evaporate before it could hit the income statement,” Lancaster writes. 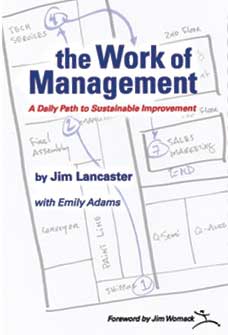 He describes a painstaking but necessary reassessment, in which every company process was scrutinized. When Lantech officials realized that even the smallest details need daily attention true change began to take hold, yielding systemic improvements that transformed the company’s bottom line. Since instituting a daily management review policy in 2009, Lantech has regularly reported double-digit profits.

As an executive, Lancaster said the experience has taught him to trust the process and help managers and employees use lean techniques to identify and solve problems. “We spend a lot of time trying to organize the elements just enough every day so that products get shipped, people stay safe and money gets made,” Lancaster said.

You can read the full Planet Lean interview with Jim Lancaster here.

If you’d like to learn more about lean management, you can get your copy of Jim’s book here.

Learn about the Lantech CEO’s new book, which was featured in the latest issue of Industry Week.