The Most Common Reason for Stretch Film Breaks

One of the inevitable challenges of a stretch wrapper operators job is stretch film breaks. Some customers find that stretch film will break as often 3 to 5 times per roll. At best these breaks are an irritation. At worst, they can lead to a cascading series of increasingly problematic challenges. 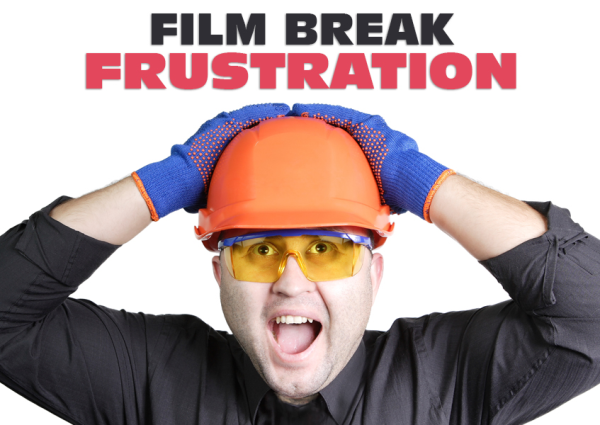 The Most Likely Reason Your Stretch Film is Breaking

There are many reasons why stretch film can break (7 common reasons, in fact) but by far the most likely reasons your stretch film is breaking is your load. In fact, load profile hazards account for around 27% of film breaks.

How do You Solve This Problems?

If the load profile is causing a hazard, the most obvious solution would be to change the profile. The most obvious answer, in this case, often isn’t the best solution. Changing the composition of the load isn’t always possible. Reassembling a load takes valuable time and, to be honest, is almost never done so it doesn’t really warrant consideration as a possible solution. How do you solve this problem, then?

Film breaks that are caused by load profile hazards can often be reduced by lowering the film tension or the pre-stretch level. When lowering these, however, it is important to remember to add more film layers to the load to avoid losing containment force. You’ll also want to observe the effects of your changes over several shifts. The film tension should be set to the highest level that does not produce excessive film breaks or load twisting, crushing, or distortion. Don’t forget that these changes can affect film costs and throughput rates.

What if That Doesn’t Work? Or the Breaks Are Caused by One of the Other 6 Reasons?

If your film break isn’t being caused by load profile hazards or isn’t solved by the above suggestions, however, then it’s time to troubleshoot the problem. Why is Your Stretch Film Breaking? 3 Things to Check is a good place to start this process. A more expansive resource, however, is How to Fix Common Wrap Problems.

How to Fix Common Wrap Problems

How to Fix Common Wrap Problems is a free 30-minute 0n-demand webinar where we leverage our 44 years of stretch wrapping experience to help you solve real world stretch wrapping issues. This webinar focuses on:

How to Fix Common Wrap Problems is an upcoming, a free webinar to help you solve real world stretch wrapping issues like stretch film breaks.