The cost of labor continues to rise. This year, U.S. labor costs had its largest increase in more than five years. 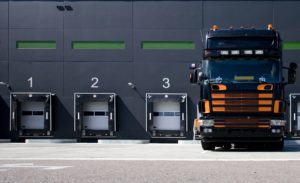 Think about stretch wrapping, specifically the labor involved in hand wrapping a load. It’s a time-consuming process. Besides speed walking in circles around the load, the operator sometimes must get on and off the forklift.

You can actually avoid some of these tedious steps when you use a stretch wrapper with productivity enhancing features.

Here are three expert tips you can follow to cut cost with little effort:

1. Invest in a stretch wrapper with a powered pre-stretch film delivery system.

This impactful productivity enhancing feature can reduce film costs by at least 50 percent. Pre-stretch is the process of elongating film and enhancing the yield of the film. It occurs when two rollers in the film delivery system turn at two different speeds and cause the film to stretch. An average customer wrapping 50 loads – who made the switch from hand wrapping or a machine without pre-stretch – can save at least $25,000 in film over five years.

This technology saves a typical user at least $50,000 over the first five years of ownership. Your operator remains on the forklift and starts the machine with a remote control. He can perform another task while the load is wrapping and pick it up when the cycle is complete.

3. Weigh loads while wrapping them.

Either buy a new stretch wrapper with a built-in scale or stack your existing wrapper on a platform scale. When you weigh and wrap at the same time, you can eliminate 30 seconds to 1.5 minutes of double handling loads from a stretch wrapper to a platform scale. That’s eliminating $15,000 to $30,000 in labor over 10 years. Also, when you weigh every load, you lower the risk of paying expensive less-than-truckload (LTL) re-weigh fines.

Eliminating unnecessary steps actually reduces labor and saves you money – thousands of dollars over just a few years. Or in the case of saving film, you can cut film waste by at least half when you transition from hand wrapping or using an “oldie goldie” stretch wrapper to using a machine that will stretch film while it wraps the load. Pretty amazing, huh?

Visit Lantech.com to learn more about how stretch wrapping can save you money and lower freight shipping costs.

Check out these related blog posts:

Learn how stretch wrapping can lower your freight shipping costs before the load even leads the dock!