4 Things You Need To Know About Overweight Trucks

4 Things You Need To Know About Overweight Trucks

Last year, the United States Department of Transportation (DOT) issued more than 800,000 commercial truck violations on highways and at weigh stations. Of these violations, about 8,000 of them were given to companies whose tractor-trailers weighed too much. 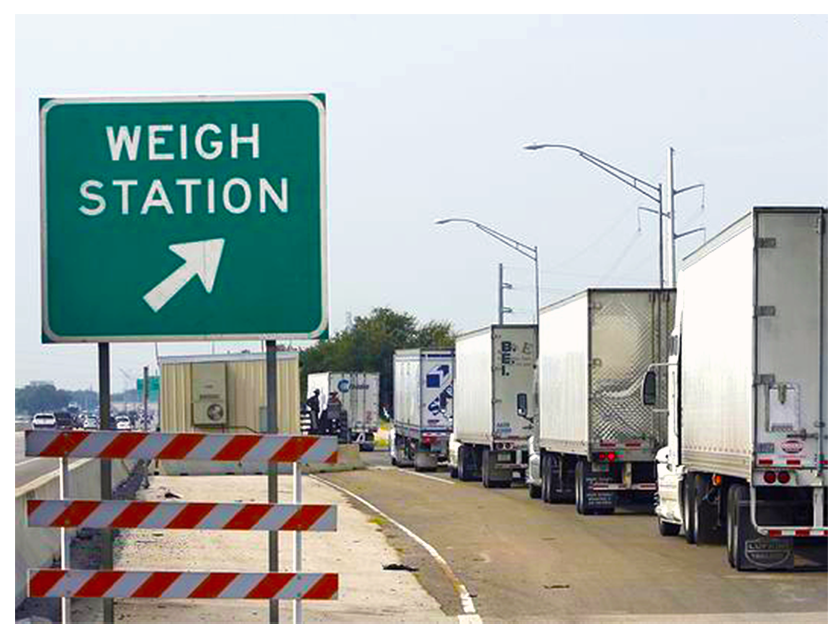 If you’re a large manufacturer and use your own fleet of trucks to ship products to your customers, you likely take responsibility for everything that happens to your trucks between the time they leave your facility to the time they arrive at your customers’ dock doors.

This means you’re responsible for any weight-related violation. Violations cost a lot – thousands of dollars, time and even your reputation with your customers.

1. Your truck drivers can go to jail.

If your driver is caught with an overweight truck (typically gross weight can’t exceed 80,000 pounds on interstates) in Delaware, Alabama or Ohio, law enforcement will hitch him a free ride to the local jail. And not just for a few nights. He could be in the slammer for up to two months. Plus, the county’s court system may decide to revoke his commercial driver’s license. When he’s out of jail, you may have an angry employee.

2. You can get nailed with big fines.

Maryland takes excess weight seriously. So seriously, that if your driver is caught hauling product 20,000 pounds over declared weight on the Chesapeake Bay Bridge, law enforcement can fine you up to $16,000.

The punishment doesn’t stop there. Indiana’s DOT can nail companies with $10,000 for weighing 10,000 pounds over maximum gross weight. Repeat offenders pay double and triple fines in most states.

Think the government shut down was bad? Most weigh stations force drivers to “shut down” their operation if a truck weighs more than 6,000 pounds over maximum gross weight. Not only would you write a check to fund the salary of the officer who caught your driver, he would lose time and money waiting until another truck arrives to unload the excess weight.

4. You can damage customer relationships.

When product doesn’t arrive in as-made condition, customers may return the shipment to you or even dump the unsellable product in the trash. But if product arrives late or doesn’t arrive at all – because your truck is held up at a weigh station – your customer is likely to become angry or even end your business relationship.

It’s risky to put overweight trucks on the road. If you guess the weight of your shipments, the numbers may not always be accurate. This lack of knowledge can have serious consequences. These days weighing your loads is easier than ever. You can even stretch wrap and weigh loads at the same time.

Overweight trucks are risky business. Find out what you could be setting yourself up for if you’re not weighing your loads.