How to Avoid the No. 1 Problem in Stretch Wrapping

How to Avoid the No. 1 Problem in Stretch Wrapping 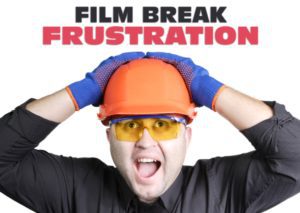 Since 1972, when Lantech invented stretch wrapping, there have been lots of improvements in the technology and techniques that help shippers send their loads from their facility to their customer’s, damage free and at the lowest cost.

But stretch wrapping is not problem-free.  The No. 1 problem is film breaks.  And that’s when bad things happen.  At best, you lose time and money in getting your product out and at worst, you end up with disastrous results, damaged loads.

The good news is because the most common causes of film breaks occur before the stretch wrapping even begins, you can limit the risk of breaks.  Here are some of the things you can do:

They’re small, simple steps you can take that can make a big difference.  They can save you time, expense, and aggravation.  And that about wraps it up.

When film breaks, bad things happen. Avoid the number one problem in stretch wrapping with these 4 tips.

Previous Post: « 2 Ways Adding More Automation Can Save You Big Bucks
Next Post: How Do You Turn Time Into Money? »